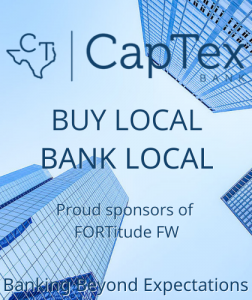 To say J Mack Slaughter has had a unique career path is an understatement. From stage acting in Fort Worth to touring with the boy band Sons of Harmony to acting in tv and movies and finally, helping others as an emergency room doctor, J Mack has excelled at every profession. On this episode of FORTitude FW he talks about each of those career stops, how music is healing and the history behind his name.

Please enjoy the best Fort Worth has to offer.

15. i made up i made it so a fake birth instead of like actually just pushing back my birthday by one year and making

excellent if you were my girl

california dude out in l.a yeah we actually filmed on universal studios a lot and then literally like right next

in the valley north of l.a he’s got a fat suit on everybody else is complaining about how hot it was and he

you just mentioned that i’m just always the token white guy that was like my niche in l.a right that’s good

your life son and i had a total quarter life crisis how old how well yeah you’re like 25 or 20 that’s 20. no kidding yeah

quarter life crisis at 20. but i guess i’d done a lot of living before then you know yeah like i hit it a little bit but then was it like all right time to pack

well you were coming from being the star out in l.a man like i mean that’s not that far of a like that’s pretty

memorize it and we’d be shooting it at like 3 p.m you know so it’s like there’s a lot of very important quick

sometimes at 8 pm sometimes i show up to work at 11 p.m like i put my kids to bed

like the hardest thing about experiencing death on a daily basis

yeah [Music] and so you know you cut down but you

vital vitals normalize and he goes what happened

man like the the most fortunate experience that i had was

with mr penrose and he um i i’m his namesake and and his name was j.m

like patriarchal giving human being that adopted my grandmother

or go to musicmeatsmedicine.org and uh and donate and support these uh these organizations